QR Code vs Barcode: Which is Best for Inventory Management?

Inventory management involves having a code attached to each product, where you scan that code and the product information gets logged into an inventory management software. This process provides a myriad of benefits, including improved product tracking, a better view of your sales, and efficiency when it comes to moving your products. Overall, this process of tracking your inventory all starts with the code itself. In the past, barcodes were the only options for scanning products into inventory - that, or counting the products by hand and logging them in a notepad or software manually.

oday, the QR code has gained prominence because of its flexibility, support on mobile devices, and ability to scan horizontally and vertically. Since both barcodes and QR codes are both commonly used in inventory tracking, we want to compare both, bringing light to the QR code vs barcode debate.

Keep reading to get a clear view of the pros and cons of QR codes and barcodes, with analysis ranging from how each type of code works to the efficiency they have when put into action.


The Basics: QR Code vs Barcode

Let’s start with QR codes. Short for “quick response” codes, QR codes change the way regular scannable codes work by offering multi-dimensional scanning. In short, that means that you can walk up to a QR code and try to scan it without having to worry about whether it’s situated horizontally or vertically; the QR code should scan regardless of the orientation.

The QR code was invented in 1994, but gained more prevalence as smartphones became popular and high-speed scanning was provided as an option within the functionality of those phones. Overall, device manufacturers began including QR code scanning as one of the features for phone cameras. You’ll also find QR code scanners and generators within many other types of phone apps.

A QR code usually looks like a square, but it can be modified to appear like other shapes. They are generated by the combination of smaller black and white squares and other shapes, compiling the necessary information within the shapes.

A QR code inventory management system works when someone with a QR scanner (likely a phone or tablet) scans the code to pull up information about a product and log it into a specific software. QR codes are also commonly used to share social media information, specific websites, or any online data that can be logged within the code.

Barcodes, as mentioned, have long black and white lines, typically running vertically. Those lines tend to create somewhat of a square shape, and they offer one-dimensional scanning, meaning that you must make the scan close to perfect in order to pull the data from the barcode.

Portable scanner hardware can read both QR codes and barcodes. Some barcodes are supported by mobile devices as well.

In general, a barcode typically stores data like a product SKU and price, as we have traditionally used the barcodes in retail and inventory management. You can find them on just about every type of product, from items at the grocery store to books at the library.

Our QR Code vs Barcode Comparison

QR codes and barcodes have plenty of similarities and differences, so we want to compare the two and show the pros and cons of both. Keep reading to get a taste of why barcodes or QR codes might be right for your inventory management.

Here are the major advantages of QR codes:

The Benefits of Barcode Inventory Management

The Downsides of Barcode Inventory Management

QR code vs Barcode: Which is Best for Your Business?

Overall, the world is trending more towards QR codes for inventory management. They’re more secure, easier to use, and most devices scan the codes. However, barcodes don’t seem to be going anywhere because of their simplicity and affordability. Therefore, you should expect to use both in your inventory management process.

Checkout the Britecheck QR code system for inventory management to expedite the scanning process and log your products with the click of a button. Britecheck offers a simple and sleek QR code inventory scanner that you use on your device. It also provides handy software for management of every aspect of your inventory process. Feel free to contact us if you have any questions or would like to test out Britecheck.

Joe Warnimont is a Chicago-based writer with a focus on mobile app development, WordPress, and eCommerce tools. When not riding his bike in Chicago, he's camping in Wisconsin. 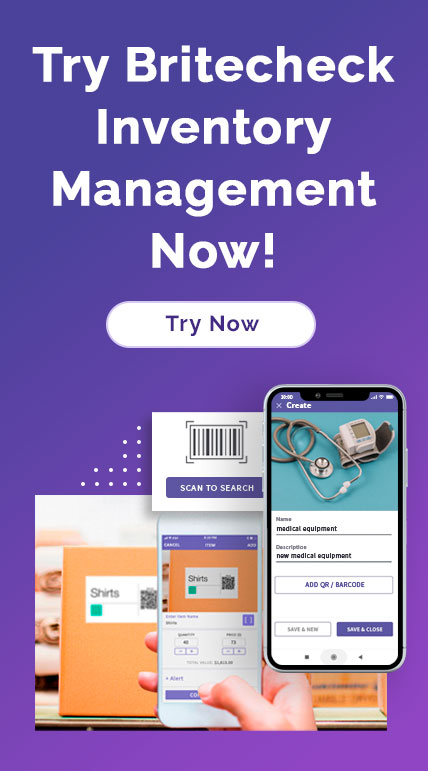